In a previous article we introduced Veil X, our brand new wallet experience, focused on user experience and ease of use. In this article, we’re going to preview a few interaction details of the coming product.

Although ideally everything would be self-explanatory and bugs wouldn’t exist, the reality is that sometimes our users will need some help. In Veil X, we’ve tried to make the first step as user-friendly as possible. 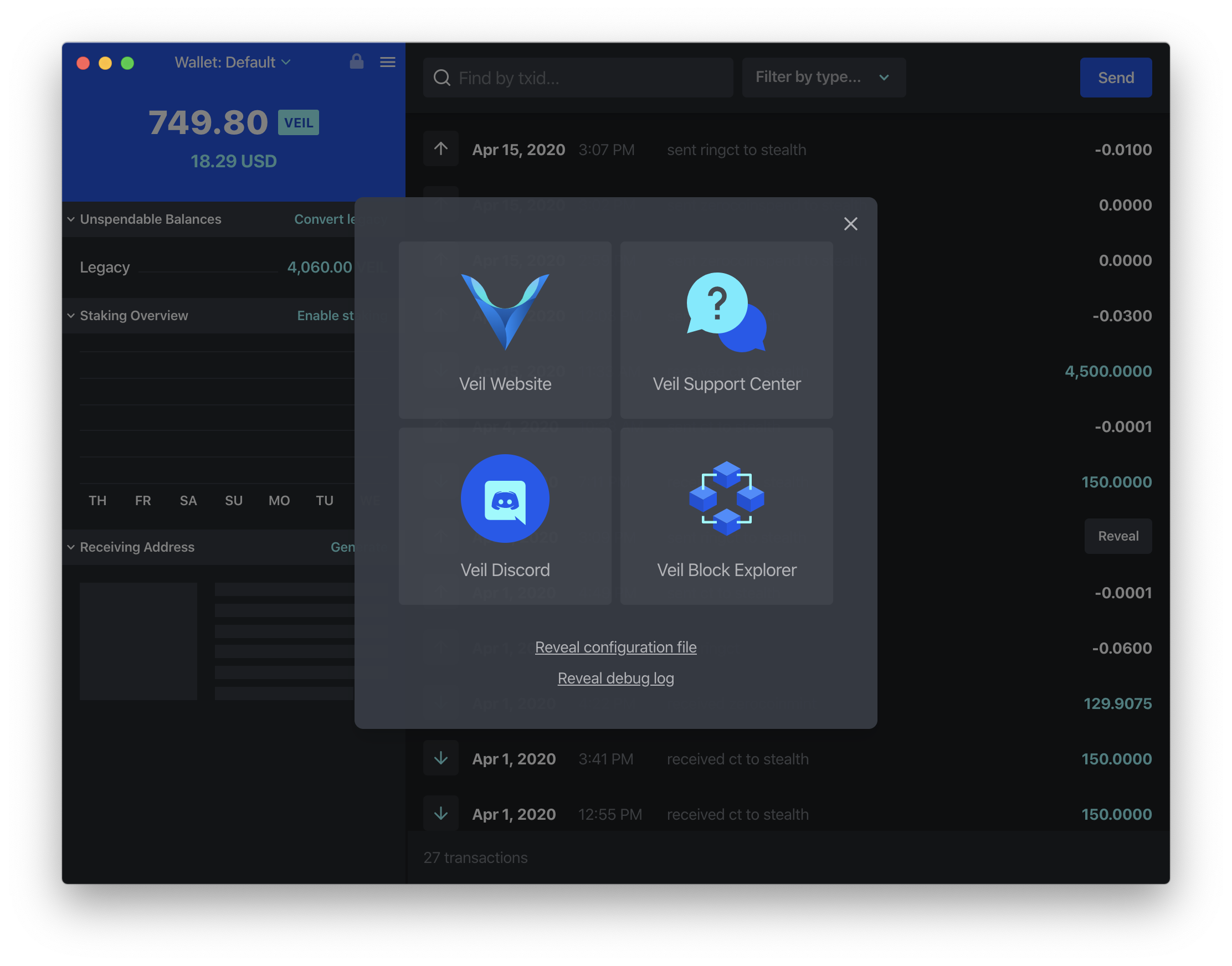 Veil X will include the ability to auto-update itself. This should make life much easier, compared to having to find a new version online somewhere, and manually update.

In Veil X, we’re solving this problem by integrating a config editor directly into the app. 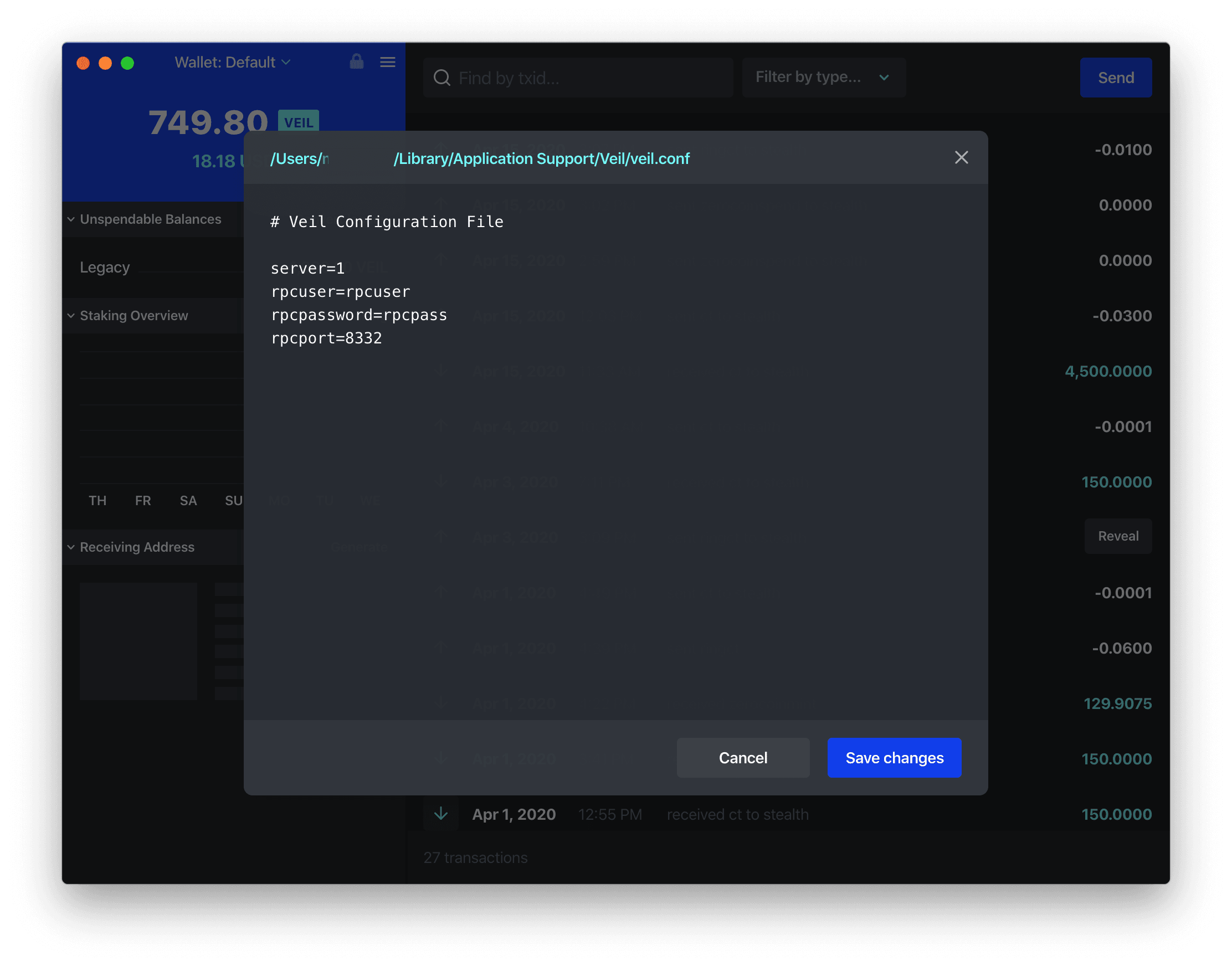 The console doesn’t change much from that you’ve been used to, but we did add some useful features such as the ability to click-to-copy results to your clipboard, in case you need to paste them to support or in an email.

In this final preview, we wanted to show you the interaction design around creating a receive address, and enabling staking. As you’ll see, we’ve also added a graph of your staking results over the past week.

A wallet or something else?

Finally, we wanted to end this article with a note about naming.

Although most of us use the term “wallet” in reference to the thing we’re interacting with, it’s important to remember that, technically, a crypto wallet is that software that controls and manages your private keys. In that respect, Veil X is technically not a wallet.

Veil X is a desktop application that downloads, runs, and manages the Veil Core daemon, known as veild. This happens behind the scenes so that you, the user, don’t need to concern yourself with that. Technically, however, veild is the “wallet”, and Veil X is a “user interface” to the wallet. Make sense?

Now, a lot of products don’t concern themselves with that distinction. For example, custodial wallets shouldn’t technically refer to themselves as such, since a third-party is actually controlling your private keys. Some people don’t consider that a problem, but anyone who values the concept of “be your own bank” certainly should.

Unlike a custodial wallet, you’re certainly in control of your own keys with Veil X! But technically, its an indirect control, in that using Veil X, you’re controlling and managing the underlying “wallet software”.

As a result, there’s open debate within the project as to whether to refer to Veil X as a wallet or not. Strictly speaking, we shouldn’t; however, in the interest of avoiding confusion, it might be better.

What’s your opinion? Should we call it a wallet or something else? If you have thoughts on that, we’d love to hear your opinions in Discord!