The Veil user experience team has been working on something new. Something exciting. A new way to experience Veil. Today we’re going to give you a sneak peek at Veil X. 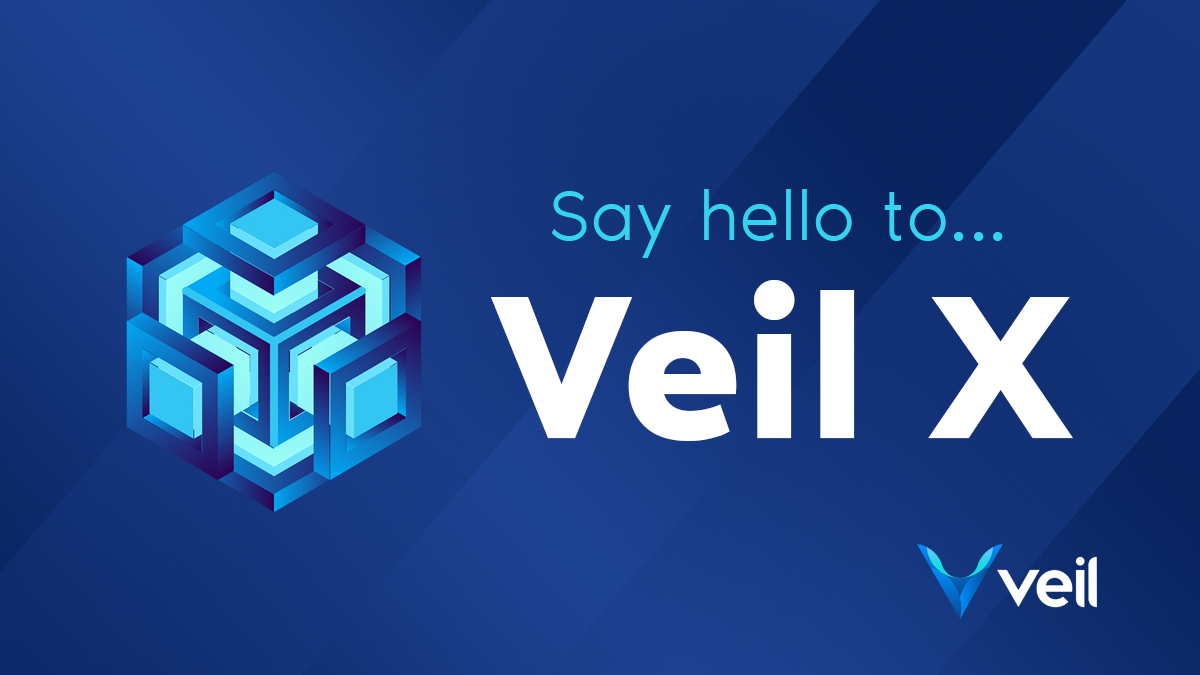 The Veil wallet you’ve been using until now is the Veil Core Wallet, based on technology shared by many crypto projects, and engineered to expose all the technical services available on the network. Providing access to everything, however, comes at a cost—and that is user experience. As expected by the Pareto Principle, the majority of the wallet’s advanced features are used rarely, and complicate the user experience in day-to-day use.

Veil X is a new wallet experience, focusing exclusively on the user experience. While the Core Wallet will always remain available for the advanced user, we believe Veil X will be the wallet most people choose for daily use. Our aim is to set the standard for user friendliness in the crypto industry!

With that, let’s take a sneak peek at the coming Veil X Wallet.

As a reminder, the Veil development team is currently working on a protocol upgrade, transforming “legacy funds”, i.e. Zerocoin, Basecoin, and CT, into just RingCT as the exclusive coin type in the network. A mechanism to convert legacy funds to RingCT will naturally be included as part of the upgrade. As an industry first, RingCT will be used for private staking.

Given tight time constraints (that Veil X needs to be ready to support the RingCT launch) the scope of work in Phase 1 of the Veil X Wallet project is to create an “MVP”—i.e. a Minimum Viable Product—that includes just the functionality required to support the network.

It’s probably more important to understand what an MVP does not include, than what it does includes. Of particular note, the Veil X Wallet MVP will only have a basic visual design. It’ll still represent a stark improvement over the Core wallet’s UI, but visually will be far from what we’ll release in Phase 2 of the project.

The MVP phase will provide just those features necessary to support use in the RingCT staking network. Many other new and improved features are in the works for Phase 2 and beyond.

The Veil Core Wallet, as in so many other cryptocurrency projects, is based on the original Bitcoin “Qt” wallet. While Qt is a perfectly respectable framework, there are modern alternatives that provide a wealth of benefits.

For the coming Veil X Wallet, we’ll be using the JavaScript-based React framework. This gives us far more flexibility in terms of what we can do in the user interface, as well as providing an efficient path to extend the wallet with a mobile version, sharing the same core codebase as the desktop wallet.

Initially, the Veil X Wallet will be bundled with the core “veild” daemon software that provides all of the underlying blockchain and network functionality. The wallet will allow the user to conveniently start and stop the veild daemon, as well as upgrade it whenever there’s a new version of the core software available.

The fundamental priority of the Veil X Wallet is user friendliness. If you have to read a user’s manual, we’ve failed in our objectives! :-)

Prioritizing the user experience means saying “no” to a lot of features, settings, and options, but we believe the “It just works” experience of day-to-day use will prove delightful. In the words of Steve Jobs, “Focus is about saying no!” Prioritizing user experience also involves intense effort to remove every point of friction in the use of the wallet.

Here are some examples:

These are just a few examples of the ideas, trade-offs and decisions being taken in the Veil X Wallet project that are in the interest of optimizing the user experience. If you’d like to take a deep dive into the level of internal debate and trade-offs focused on user experience, we encourage you to read this internal publication arguing for the removal of an internally proposed feature that would likely create confusion for 95% of all users, to address an extremely rare edge case affecting only a few.

We know that the Veil community would like to see faster development progress, but we’re working on some really great technology, both in terms of the fundamental protocol itself, but also extending to supporting projects like the Veil X Wallet and the remote Link Server. Great software takes a lot of time, so we ask for your patience, and are confident that it’ll be worth the wait!

In the meantime, we’ll leave you with some sneak peek screenshots of the current state of the Veil X Wallet. Enjoy!