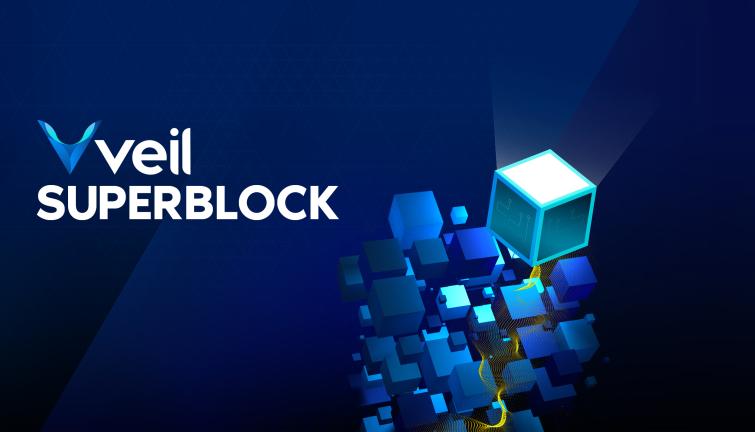 As the Veil Project grows, we learn and adjust our work to suit the needs of the expanding user base. In the spirit of transparency, we will always make budget information readily available to the public. Even so, we need to expand on some of the important details of how we do business.

A perfect opportunity to share the Veil budget has presented itself in the 43,200th block on the Veil blockchain. This was a superblock and a milestone worth describing.

The superblock contained a sum of veil which served as the first emission of the Veil budget.

For the Veil team, this type of periodically-planned block will include salaries and an operations budget to continue serving the community of users with a full, attentive staff.

For the founder, the superblock granted the first return on his own seed capital. Often in crypto projects the users will gather up their funds in a pool or a collective investment, such as in an ICO or crowdfund. This is why many crypto enthusiasts are accustomed to an “investors reward” of some type. Since our founder represents the entirety of the initial investment funding, the “Founders Reward” is much like a rebate or a reimbursement for the backing that he provided. This payment will repeat in intervals as shown on Veil’s public documentation.

Here is the simple chart that explains the way the block rewards are divvied up - as seen in the technology document written in collaboration by Gabriel Nergaard and members of the Veil team.:

Also included in the budget emission is an allocation to Veil Labs, which is our own research and development entity. Veil Labs will always be recruiting talented cryptographers, skilled blockchain developers and blockchain business professionals to add to our impressive consortium. Expansion like this will reinforce Veil’s position as a leading privacy currency that makes itself accessible to the broader cryptocurrency community as a whole. It should be noted that, in alignment with the concept of a fair distribution, the Veil Labs budget allocation will be stored in a multisig address that will not be given the luxury of earning staking rewards until the coins are distributed. The Veil Labs budget can only be spent when 4 of 6 signatories agree to payout from this budget. With a clear view of the spending, our users will be able to easily confirm the fairness of all budget activities.

While the miner’s portion is modest when compared to other coins, it is worth noting that the trade-off is stacked in favor of all Veil users over time. Teams that include heavier mining rewards may not have the same model of fairness as Veil does. We keep our efforts focused on a fair distribution of veil by resisting the more dominant, commercially aimed ASIC miners. Being ASIC resistant means that GPU miners actually have an opportunity to earn not only by mining but also by staking their veil as it is accumulated. By working in our continuous bounties, everyone can earn even more. We see a substantial opportunity for our users to increase the size of their veil stash, even if the block rewards are smaller than what miners have seen in the past.

Passion does not pay the bills

Upon consideration of what would be in the best interest of the users in a cryptocurrency project, it seems that longevity is something that is hard to achieve. After much thought, the Veil founder concluded that a successful cryptocurrency needs a highly-skilled development team to build it and a dedicated staff to maintain and improve things throughout the life of the project.

As a result, a first-of-its-kind budget system was devised that would grant team members a sustainable salary regardless of market conditions. The main objective of this budget system was to ensure stability in pay such that no team member would be forced to quit when times were tough and no team member would be paid too much when markets were more than reasonable. Even the most successful cryptocurrencies are vulnerable to the highly volatile swings of the cryptocurrency market and creating a budget that adheres to the demands of users as well as team members during those swings is easier said than done.

A long-term project’s developers, designers, support and marketing representatives all deserve to be paid competitively for their work. Love of a project doesn’t feed a family, but a salary does.

To keep the best with Veil, the Veil budget has been carefully designed to take all of these concerns into consideration. We believe the Veil budget provides a fair, competitive salary to its team members through all hardships and prosperities.

Everyone who interacts with Veil is a part of the overall success of the project. Veil team members would like to extend their gratitude to the Veil mining community, traders, and all users. Then we cheerfully give thanks to the development team that has been quick to build, fix, and improve the core functionalities of Veil. Special thanks to James Burden, aka 4x13, for his foresight and leadership throughout Veil’s launch.

Fine-tuning Veil into a top cryptocurrency project is our number one priority, involving continuous and collaborative efforts between all layers of the Veil project. Ultimately our goal is to give our absolute best as our thank you for the massive support we have received from our growing user base.

From the staff at Veil, we thank you for your early stage participation and beyond.

Cheers, to the many future years of success!