In this article we speak with Sean, Veil’s QA and support guru. 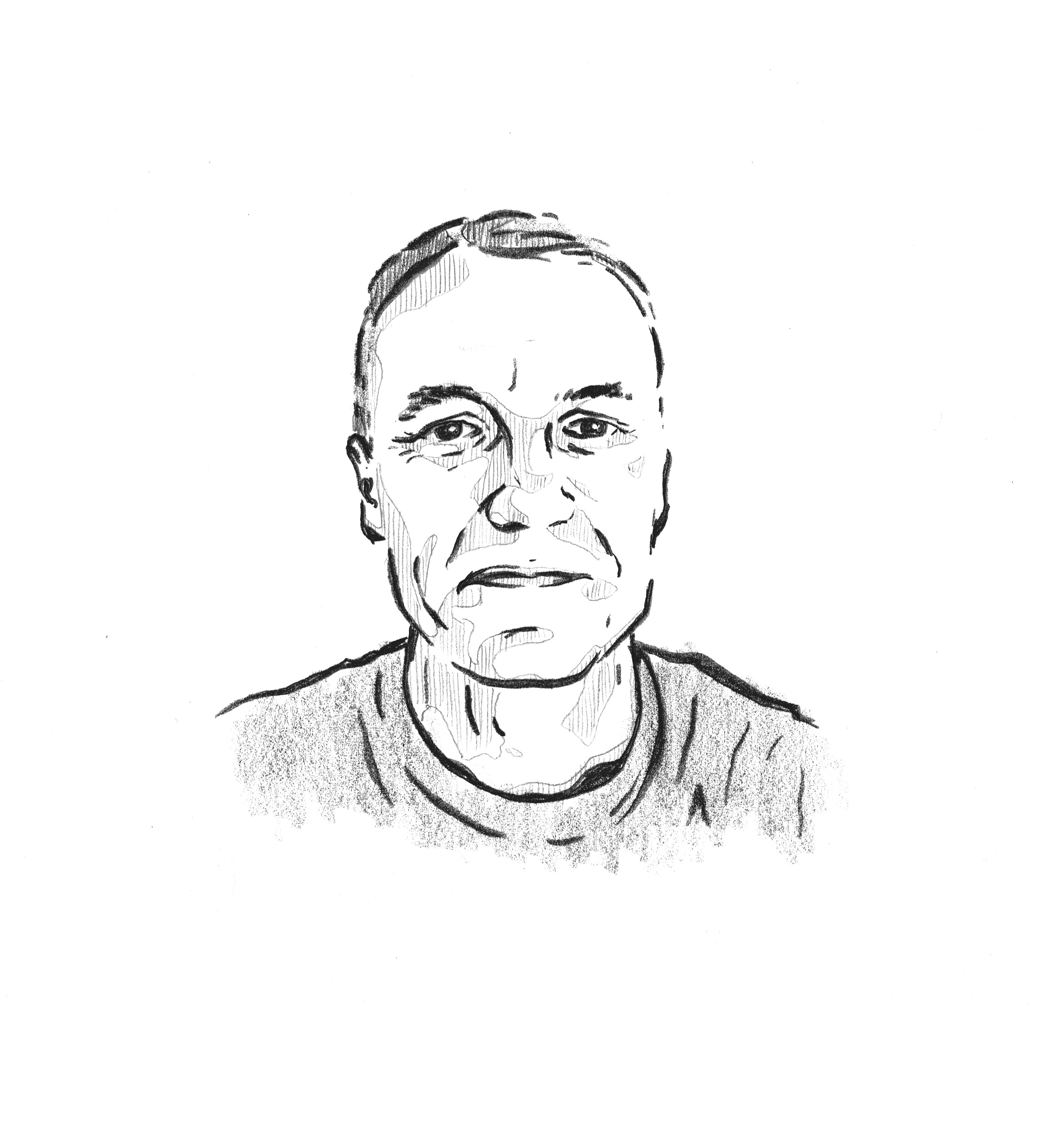 How did you get started with cryptocurrency?

When I first read the Bitcoin whitepaper I was a bit interested, but skeptical about this currency based on cryptography, not gold! I tried compiling a wallet for the first time, but found myself in dependency hell and gave up despite the offer of a free bitcoin for anyone who would get a node up for launch in January 2009. However, I kept reading the email list until I looked at a laissez-faire market called The Silk Road.

I thought it was going to be great, but was instantly turned off by the particular goods and services I discovered there. Losing interest, I unsubscribed.

I nearly forgot about Bitcoin until November 2017 when I emerged from the jungles of South America not having heard anything of the rise of Bitcoin or the existence of Ethereum or any other project! I went for a couple of weeks to Thailand and saw a Bitcoin ATM! Back in Australia the nightly news was reporting on Bitcoin prices like it was on par with the stock market and precious metals!

I went to a Bitcoin seminar in a church, where they explained that not only was Bitcoin not the Mark of the Beast, but explained how to set up a wallet, join exchanges, and buy on LocalBitcoins. They also talked about making a fortune on Ripple as it went from 5¢ to 30¢ in a few weeks, and Bitcoin was $15,000 and headed surely for $30,000 and higher. Clif High and John McAfee were cited as prescient gurus. People gave knowing looks, claiming insider knowledge that Litecoin was about to boom too. Even Bitconnect and Cloud Mining was promoted! The smart money was in mining, they said.

It took a couple of weeks to get verified onto CoinBase, so I meanwhile signed up to every exchange I possibly could, and bought BTC on LocalBitcoins for over $20,000 USD, spent thousands on Cloud Mining, and lost thousands on the Davor Coin interest-paying crypto scam and numerous other loss-making projects. I bought Litecoin, that then crashed, and I stop-lossed back into BTC, bought a bunch of XRP, and pretty much wiped out much of my life savings and the proceeds from the sale of my house. Convinced, I was, that this was just the beginning. I spent day and night studying crypto and trading from time to time, profitable during my short trading stints, putting yet another $40K in each time, but my investment bags leaked badly in the subsequent long HODLs.

What initially drew you towards digital currency?

I had always been interested in economics, free enterprise, and sound money, having seen the stagflation of the 1970s and growing up poor. When visiting the United States in the late 1980s I converted my money to one ounce gold bullion coins. A decade later I sold them for a similar price. Having had a loan on my house at well over ten percent per annum, I realized that those ten coins in ten years had cost me their entire worth in excessive interest I had had to pay because of not having that much less borrowed against my house!

Having been on the Internet since the mid-1990s, and having earlier read books warning about coming economic catastrophes, I found myself joining like-minded email groups exploring virtual nations, virtual economies, and even signing up to The Free State Project.

That’s how I found gold-backed digital currencies such as E-gold, Goldmoney, and others I will not mention here. We had some grand plans and projects that were becoming more and more successful: virtual stock exchanges and the virtual companies being traded on there; all of it was not based on pumping the price of the underlying gold, but on converting more and more economic activity to be based on easily and instantly tradeable electronic gold account balances. We felt safe in the knowledge that in the long run gold is immune to the inflation that allows governments and large corporations to steal from the hard working and honest traders, savers, and ordinary workers. This was continuing fine until one day the FBI raided E-gold and tore the heart and the blood out of the economy on the pretext that some tiny percentage of users of E-gold were alleged to be using the money for illegal activity.

Can you tell us a little about your working background?

I have worked with computers since the mid-1980s, increasingly working in technical support, and network administration.

At what point did you decide working in the digital currency field was for you?

As I was already spending twelve or sixteen hours per day immersed in the crypto world and using computers it made sense for me to take on work in a project based on building a digital equivalent of the cash economy—something based on actual work and not just betting on markets and on moon boys tricking the noobs into giving them all their money in exchange for bags of hopium. Sure, I could also do some trading, but never as much as had cost me dearly in 2018. I just happened to be helping people who had problems, without thought of payment, when I was noticed and got recommended into the Veil Project team.

What big changes to approaches and attitudes have you witnessed in your time following digital currencies?

At first, there were only custodial accounts with a company or someone who held gold or had it stored on your behalf. Sadly those have come unstuck when the gold or silver has been stolen or confiscated.

Next there were also currencies backed by the backed digital gold, but those also fell victim to the same loss of backing.

Also of interest were earlier efforts at community currencies in Local Exchange Trading System, not backed by precious metals, but backed by work done by people in a close community. All these systems relied on traditional client-server databases and had no decentralization about them whatsoever.

Maybe these “L.E.T.S.” (currencies with no hard asset backing) and fiat (declared value) currencies helped prepare people for the next leap: a currency backed by an unconfiscatable something, proved by advanced mathematics, and decentralized so there would be no single or central point vulnerable to attack.

In the few years since 2017 we’ve seen a splintering of efforts as some pursue “programmable money” and numerous tangential goals changed a singular cryptocurrency into scores of differently focused projects and hundreds, even thousands, of copycats, Ponzi, and other confidence schemes remaining a trap for all newcomers.

As decentralized cryptocurrency has been adopted now by thousands and even millions of people another threat has emerged. While they can no longer steal the backing of competing currencies, governments and monied interests turned their efforts to tracking everything people were doing with their bitcoin, beginning to turn an unstoppable digital currency into a key element of global and individual control!

While there already existed some projects aiming to free cryptocurrency users from surveillance and slavery, there were flaws, such as having to make extra efforts to achieve the promised privacy, leaving the path of least resistance, the same lack of privacy that Bitcoin users had discovered they were subject to. The Veil Project in 2018 began original work to create a currency that achieves privacy by default, where the default settings make your currency and transactions private, no optional extras required.

Your work with Veil ranges from QA to user support. What would you say have been the biggest sticking points for users? Where have you personally seen the biggest improvements?

I think the most challenging issues Veil users have struggled with have involved how much larger and slower zerocoins are to transact with in their wallets and on the blockchain. Also, the assumption that the Veil wallet will be just like any other (non-privacy coin) wallet can lead to people doing things such as running identical duplicate wallets on multiple computers, where the encryption of transactions in Veil causes the wallets to appear to lose coins that one of the clones has spent or minted into zerocoins. Veil’s development roadmap will be solving these issues.

From a privacy perspective, the biggest challenge may be that people give up some of their privacy when dealing with exchanges as they buy or sell VEIL. We need to expand the Veil ecosystem into person-to-person exchanges and merchants who directly accept and use veil as currency.

Changing gear, what is it you love doing in your spare time?

In recent years I seem to have sacrificed much of my “spare” time, but being out in peaceful countryside, riding a nice cruiser motorbike, or just driving or riding a bicycle to keep fit are things that are important to me. I used to sing a lot. I even had my own music radio program, back in the day.

Reading physical books was a major thing, before the Internet. I got back into reading a decade ago when I had some commuting time coinciding with the release of the iPad, but it’s hard for me to concentrate on things other than crypto, and YouTube videos of travel, bikes, aviation, and science. Back in the day I have enjoyed some nice big Russian novels. It would be great to get that kind of concentration back again. Many more I haven’t yet read.

You’re a proud Australian. Do you think originating from the ‘island continent’ has given you any unique views?

Coming from semi-rural Australia, I have a strong appreciation of nature, clean air, and tranquility.

I have to ask: Sydney or Melbourne?

I have ancestral connections in Sydney and Melbourne and many other places around Australia, but I am from Victoria, outside Melbourne.

Where do you see the future of digital services going from here? Have things unfolded the way you’d have imagined in the past?

We’ve had a lot of promises and dreams. While some technologies progress slowly and all of a sudden appear, others seem to be moving at a mind-blowing pace all the time. The mainstream community takes a long time to adopt these developments. A few years ago, I thought we were right at the cusp of a crypto money revolution, but on much deeper inspection it hasn’t all been realized yet. However, public awareness of cryptocurrency is an order of magnitude better than it was at the previous peak at the end of 2017.

Outside of Veil, any other crypto project or influencers you’re fond of?

I don’t think it will surprise you at all that one of the most valuable influencers I know is Naomi Brockwell (Twitter), with her highly knowledgeable grasp of crypto and privacy technology and issues as well as her all-round delightfulness!

Another nice and well-informed guy for crypto news is Omar Bham! (Twitter I can’t say his name without an exclamation mark! ;) Most famous for his crypt0snews channel.

Other projects I admire. DigiByte! They deserve even more credit than they are given. A lot of great technologies are in DigiByte.

Cardano! Charles Hoskinson has led an amazing project over quite a few years, and I’m looking forward to it being taken very seriously.

Bitcoin Cash! One has to be brave to appreciate a project that cops a lot of flak (from competitors), but Roger Ver’s dedication to market adoption is second to none. However, people like Hayden Otto are following closely in his footsteps.

I also admire many others: teams working on or toward decentralized exchanges; projects with a great user experience, such as some very slick and beautiful wallets (Exodus, Atomic Wallet, ZelCore); and projects with well thought out features that they didn’t just copy from generic cookie-cutter projects. Too many to mention! (Apologies to people and teams who know that I know them, but I still didn’t mention them!)

Sean can be found on the Veil Discord server and on Twitter.