This article is the first in a series of interviews with members of the Veil team, starting naturally with our project’s founder, Mr. James Burden. 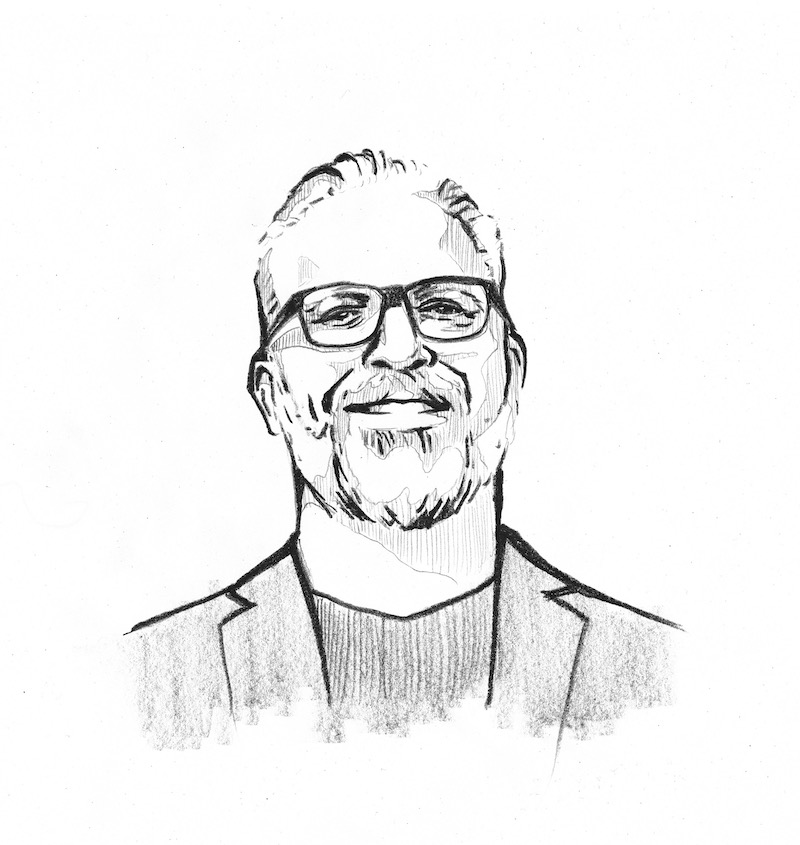 I have lived in Las Vegas for years. Prior to getting into crypto, I was a Journeyman Communications Tech for 21 years with the IBEW 357 (International Brotherhood of Electrical Workers) essentially building data infrastructure for the entire Las Vegas area, including splicing fiber and installing/terminating voice and data systems.

Can you tell us the story of how you got into crypto?

As I reached retirement for the Union in 2012, I wanted to do something different, and stumbled across some articles about Bitcoin and it piqued my interest. Shortly afterwards, I started mining Bitcoin, and then invested in altcoins following that.

What prompted you to go from becoming someone interested in crypto, to someone building things in crypto?

Not seeing a project that encompassed what I wanted to see in a privacy project.

There were some privacy projects around at the time, such as Monero. What did you see missing from the space that drove you to essentially create a startup?

Monero at the time, as well as today, has decent privacy, but not as good as it can be, which is why we started PIVX, and by merging both technologies, we get Veil.

What have been the best aspects of building things in crypto?

I would say coming up with the ideas, the design process, and then seeing those ideas become functional reality.

What have been the biggest challenges in building things in crypto?

By far the biggest challenge has been finding qualified people to have involved in the projects, as well as making users happy in this field of overly critical, and sometimes untrusting mentalities.

What prompted you to start the Veil project?

Mainly seeing the Community Designed Governance that exists in PIVX, i.e. the voting system by which the budget is allocated by the community, and the potential for its behavior to be interpreted as self-interested, along with their decision to push for non-mandatory privacy—which goes against everything that I initially wanted for that project. Learning from these issues, as well as mistakes made along the way, we will strive to improve upon these issues in Veil.

Project yourself a decade into the future. What does the crypto world look like? Is bitcoin still the leading coin? Is privacy added to bitcoin or does it remain transparent?

Hard question, but I see Bitcoin still on the landscape due to the amount of money invested and involved. I don’t really see much privacy being added to Bitcoin unfortunately but we can all hope… ;)

Still projected 10 years into the future, let’s imagine that Veil has become a top privacy currency. Looking from that point backwards to today, what are the aspects that were core to its success? How did it become a success?

Not sure how to properly answer this question, but I would think it would be due to the dedication of the team and the drive of the community to make the project what it has become.

What are your non-crypto hobbies and interests?

My main interests are in IT Security and small gadgets like sbc/arduinos and micro-controllers.

What does a typical week in the life of James Burden look like?

Pretty much like anyone else’s! I check how things are going, spend time with the family and tend to work late into the evening on my projects. ;)

Apart from your own projects, which other projects in crypto are you impressed with?

I really don’t have as much time to research on other projects as I would like, but I would like to see good progress for Particl as well as AdBank, based on the need for these projects in the space.

What’s the best way for people to get in touch with you?

I’m usually available in the Veil Discord, in the Las Vegas timezone (PST), under the username @4x13 .